Why Blockchain Gaming Is Taking Over 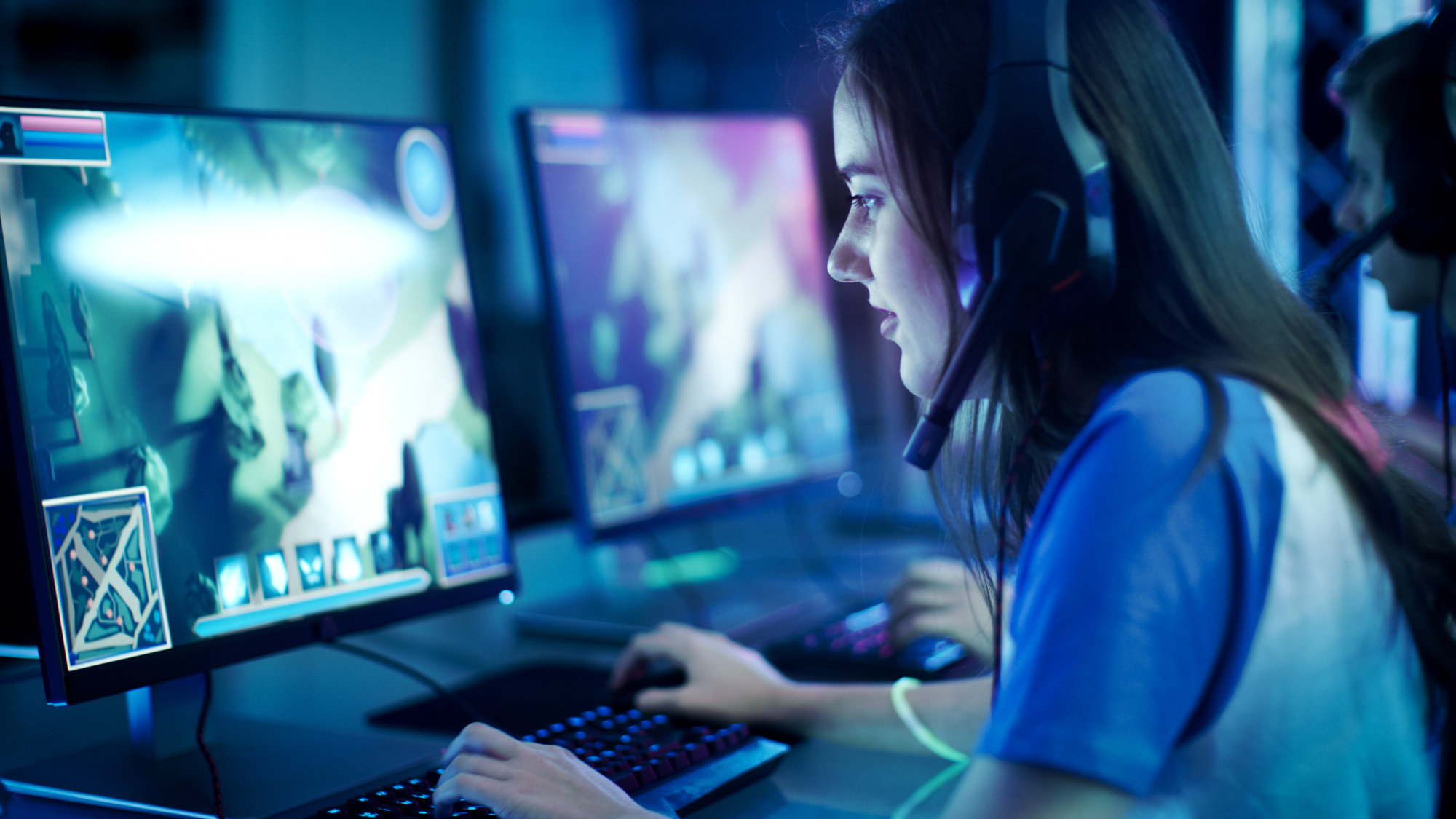 Gaming has come a long way since the days of Atari and Nintendo. These days, gaming is a multi-billion dollar industry, and there are games for everyone.

Whether you're into first-person shooters, puzzle games, or MMORPGs, you can find something to love. Blockchain gaming is the future slowly becoming the present.

But what about blockchain gaming? What is it, and why is it taking over? That's what this article is about.

So keep reading to discover the blockchain-gaming sector and find out everything you need to know about this amazing opportunity.

What Is the Blockchain?

The blockchain is a distributed ledger that records transactions. It's often used for cryptocurrency, but it can be used for anything of value.

The great thing about the blockchain is that it's secure and transparent. Every transaction is recorded on the blockchain, so you can't cheat or steal.

Furthermore, the blockchain is decentralized. That means it's not controlled by any one person or company. Instead, it's distributed across a network of computers. This makes the blockchain very secure, as there's no central point of failure.

What Is Blockchain Gaming?

First, there are games that run on the blockchain. These are decentralized games that can't be shut down or censored.

They're also incredibly secure, as there's no central server to hack. Second, you have game items that are stored on the blockchain.

These could be in-game items like weapons or armor. Or they could be virtual collectibles like CryptoKitties.

Finally, you have cryptocurrency gambling platforms like SatoshiDice and Etheroll. These allow you to gamble with digital currencies like Bitcoin and Ethereum.

The Current State of Blockchain Gaming

The blockchain gaming industry is still in its early stages. However, there are already a few big players.

The most popular blockchain game is CryptoKitties, which allows you to buy, sell, and breed virtual cats. It's been incredibly successful, with over $12 million worth of cats sold.

Another popular blockchain game is Huntercoin. It's an open-world MMO that runs on the blockchain. In the game, players can collect coins and use them to purchase items and upgrade their characters. There are also rewards for taking down other players.

Finally, you have gambling platforms like SatoshiDice and Etheroll. These platforms allow you to gamble with digital currencies like Bitcoin and Ethereum. They're very popular, as they're provably fair and offer instant payouts.

Are There Any Huge Game Developers Using Blockchain?

Yes, a handful of big-name game developers are already experimenting with blockchain technology.

For example, Ubisoft has been working on a blockchain game called Hashcraft. In the game, players will be able to mine resources and craft items. They'll also be able to trade items with other players.

Another big name in the gaming industry that's experimenting with blockchain is Microsoft. The company is reportedly working on a new project called Azure Blockchain as a Service (BaaS). With Azure BaaS, developers will be able to create and deploy decentralized applications on the Azure platform.

There's also a company called Enjin that's working on a blockchain platform for gaming. The Enjin platform will allow developers to create in-game items that can be traded on a decentralized marketplace. Players will also be able to use Enjin Coin (ENJ) to purchase items.

One of the biggest benefits of blockchain gaming is security. As we mentioned before, the blockchain is incredibly secure. That's because there's no central server to hack.

When you play a game on the blockchain, your data is distributed across the network. This makes it virtually impossible for hackers to steal your information.

Furthermore, blockchain games can't be shut down by governments or corporations.

That's because there's no central point of control. The decentralized nature of the blockchain means that games can't be censored or taken down. This is a huge benefit for freedom-loving gamers!

Another great benefit of blockchain gaming is transparency. Because all transactions are recorded on the blockchain, you can be sure that everything is above board.

There's no way for game developers to cheat or steal. What's more, you can see exactly how the game works. This transparency builds trust between gamers and game developers.

Blockchain gaming is immutable. That means once a transaction is recorded on the blockchain, it can't be changed or reversed. This is great for preventing cheating and fraud.

It also ensures that games can't be taken down or censored. Once something is on the blockchain, it's there forever!

Besides that, blockchain gaming is also very convenient. There's no need to download anything, and you can play from anywhere in the world. All you need is an internet connection.

Finally, blockchain gaming is accessible. All you need is an Internet connection and a digital wallet.

You don't need to go through a bank or financial institution. This makes it easy for anyone to get involved in blockchain gaming.

Moreover, blockchain games can be played anywhere in the world. That's because they're not subject to government regulations. This makes them ideal for gamers in countries with restrictive gaming laws.

One of the coolest things about blockchain gaming is that it promotes ownership.

When you buy an in-game item, you own it outright. It's stored on the blockchain, and no one can take it away from you. This is a huge benefit for gamers who are tired of being ripped off by game developers.

In addition, blockchain gaming allows you to sell your in-game items for real money. This is great for gamers who want to make some extra cash. It also helps to support the game developers, as they receive a cut of every sale.

How Is Blockchain Gaming Having An Impact On Payments?

Now that we've covered the benefits of blockchain gaming let's talk about how it's impacting payments.

As you may know, digital currencies like Bitcoin and Ethereum are built on the blockchain. That means they're perfect for use in games. In fact, many games are already using them.

For example, Huntercoin allows players to earn coins by playing the game. These coins can then be used to purchase items in the game or traded for other digital currencies.

What's more, blockchain gaming is also having an impact on traditional payment methods.

For example, Steam recently announced that it would accept Bitcoin as payment for games and other digital content. This is a huge endorsement of digital currencies!

Last but not least, blockchain gaming allows for integrated gaming profiles. That means you can use the same account to play multiple games. This is great news for gamers who want to try out new games without having to create a new account each time.

In conclusion, there are many benefits to blockchain gaming. It's secure, transparent, and accessible and promotes ownership. In addition, it's having an impact on payments.

Blockchain gaming is definitely the future of the gaming industry! Are you ready to join the revolution?

Are Scams Prevalent In the World of Blockchain Gaming?

Unfortunately, as with anything else in the cryptocurrency space, there are scams. However, they're not as prevalent as you might think.

That's because the blockchain is transparent. All transactions are recorded on the public ledger. This makes it easy to spot a scammer.

Furthermore, blockchain games are usually developed by well-known companies. These companies have a reputation to uphold. They're not going to risk their reputation by running a scam.

So, while there are scams in the world of blockchain gaming, they're not as common as you might think. The best way to avoid them is to do your research before investing in any game or platform.

No, blockchain gaming is not pay-to-play. In fact, most games are free to play.

That's because the developers want as many people to play their game as possible. They make their money by selling in-game items or charging a small fee for transactions.

Of course, there are some exceptions. For example, some games charge a monthly subscription fee.

However, these fees are usually very reasonable. And, you can be sure that you're getting your money's worth! After all, these games wouldn't be popular if they weren't any good.

How to Ensure Safety When Playing Blockchain Games?

If you're worried about safety, don't be. The blockchain is a very secure platform. In fact, it's more secure than traditional centralized platforms.

That's because there's no central point of failure. If one node goes down, the network can still function.

Furthermore, all transactions are recorded on the public ledger. This makes it difficult for anyone to commit fraud.

Finally, most games are developed by well-known companies. These companies have a reputation to uphold. They're not going to risk their reputation by running a scammy game.

Most Common Mistakes Made By New Blockchain Gamers

Now that you know all about blockchain gaming, it's time to start playing! However, before you do, there are a few things you should avoid. Here are the most common mistakes made by new blockchain gamers:

Investing too much money: It's important to remember that cryptocurrency prices are volatile. That means the value of your coins can go up or down at any time. So, don't invest more than you can afford to lose.

Not doing your research: There are a lot of scams in the world of cryptocurrency. So, before investing in any game or platform, make sure to do your research. Read reviews and check out the company's website.

Not diversifying your portfolio: Don't put all your eggs in one basket. Invest in a variety of games and platforms to spread out your risk.

Blockchain gaming is definitely the future of the gaming industry! By avoiding these common mistakes, you'll be well on your way to success. So, what are you waiting for? Start playing today!

What Does the Future Hold for Blockchain Gaming?

The future of blockchain gaming is very exciting. We're already seeing a trend towards more decentralized games. In the future, we'll see even more games running on the blockchain. This will create a truly decentralized gaming ecosystem.

What's more, as the technology matures, we'll see even better graphics and gameplay. Blockchain-based games will eventually be indistinguishable from traditional games. The only difference will be that they're decentralized!

The current limitations of blockchain gaming are due to immature technology. However, as the technology matures, we'll see more and more amazing blockchain-based games.

Blockchain Gaming for All

The bottom line is that blockchain gaming has a lot of benefits. It's secure, transparent, immutable, and accessible. Moreover, it's convenient and easy to use. The future of blockchain gaming is very exciting. We're already seeing a trend towards more decentralized games.

In the future, we'll see even more games running on the blockchain. This will create a truly decentralized gaming ecosystem.

If you're a gamer, keep an eye on the world of blockchain gaming! You might just be surprised by what you find. Get in touch with us now to learn more about the world of crypto and blockchain.

The information provided by TrueCode Capital ("we," "us," or "our") on https://www.truecodecapital.com (the "Site") is for general informational purposes only. All information on the Site is provided in good faith, however we make no representation or warranty of any kind, express or implied, regarding the accuracy, adequacy, validity, reliability, availability, or completeness of any information on the Site. UNDER NO CIRCUMSTANCE SHALL WE HAVE ANY LIABILITY TO YOU FOR ANY LOSS OR DAMAGE OF ANY KIND INCURRED AS A RESULT OF THE USE OF THE SITE OR RELIANCE ON ANY INFORMATION PROVIDED ON THE SITE. YOUR USE OF THE SITE AND YOUR RELIANCE ON ANY INFORMATION ON THE SITE IS SOLELY AT YOUR OWN RISK.

Learn about our Fund Performance

We strive to create asymmetric growth opportunities by leveraging the latest in machine learning, financial engineering, and risk management methodologies.

Learn about our Fund