A Guide on the Difference Between Bitcoin and Ethereum 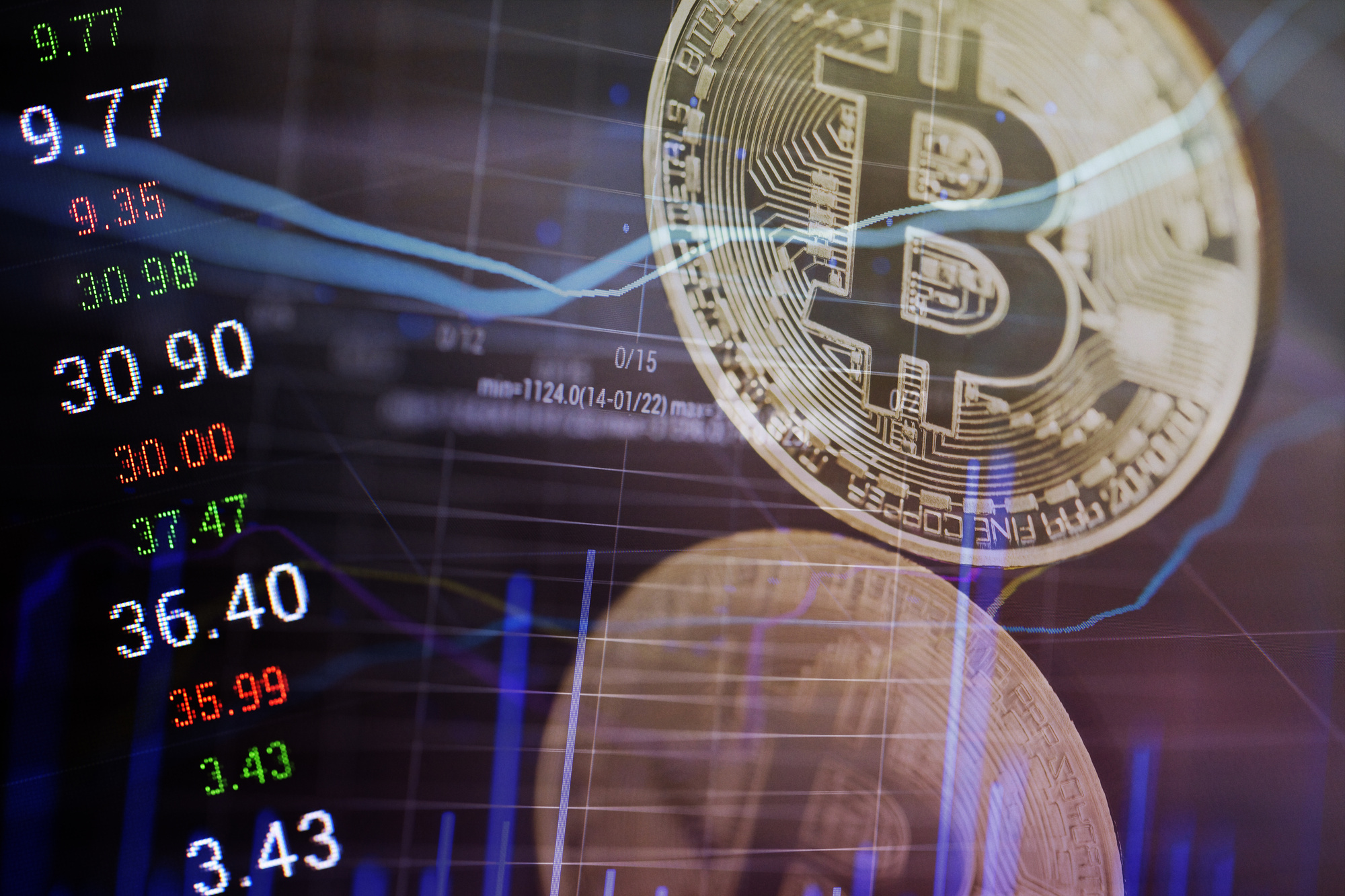 Did you know that the supply of bitcoin is limited to 21 million? The main ways to obtain it are through a gift, transaction, or exchange.

Today, it's unknown who created Bitcoin, but they're called Satoshi Nakamoto. So, if you're considering investing, it's vital to understand the difference between Bitcoin and Ethereum.

Not understanding investments could place you in hot water. The good news is that there's hope in crypto investments. Read this ultimate guide on the differences between the two to start investing today!

Today, Bitcoin is worth several thousand dollars (this can vary). In the beginning, it was worth about $0.003. Bitcoin is one of the most recognized cryptocurrencies today.

It's a form of digital money independent of any state, government, or financial institution. It also has a monetary policy that many argue can't change.

It's believed that a group of individuals created Bitcoin. Bitcoin is for transactions outside of the traditional financial system.

You might experience lower transactional fees and secure fund transfers that are quicker. This is because all Bitcoin transactions are recorded on the blockchain.

The blockchain relies on others to store copies of the ledger and run the Bitcoin protocol software. Nodes allow the correct amount of transactions across the network.

Bitcoin is in a public ledger made from blocks. Blocks can't be written over or removed from the chain.

You can only add blocks. Due to this, hackers struggle with manipulating the ledger with fraudulent transactions.

Bitcoin uses mathematical equations to prevent fraud. Since it's decentralized, there's no Bitcoin server. Instead, equations are run by miners.

Miners use their hardware to solve equations in return for Bitcoin. Thousands of miners compete to solve the equation.

The miner who solves the equation first receives the Bitcoin. This is Proof of Work.

Ethereum got started through crowdfunding campaigns. Ethereum is also a decentralized global software platform. It's a part of the blockchain as well and allows various applications to be built.

If you have an idea, you can use Ethereum instead of building the blockchain from scratch. Most things can be built with Ethereum, including blockchain-based voting, identity document management, etc.

Ethereum's currency is Ether. You can pay for goods and services with it. You can also use Ether to pay for applications built on Ethereum.

Investing in Bitcoin vs. Ethereum

Transactions on the Ethereum network could have executable code. Data through Bitcoin transactions are for keeping notes.

The block time varies as well as the algorithm where they run. They both use a protocol called Proof of Work.

But later this month, Ethereum is moving to Proof of Stake instead. This will make Ethereum more secure, scalable, and sustainable.

This allows the nodes of the networks to agree on the state of all the information recorded on the blockchains. It prevents economic attacks on the networks.

Some state that Proof of Work is highly energy intensive. It's because of the computational power that's required.

Whereas Proof of Stake uses staking instead of computational power. The aim of both varies as well.

Ethereum was created as a platform to have programmatic contracts and applications through its own currency. Whereas Bitcoin was created to be an alternative to national currencies.

The primary means of ether is to monetize and facilitate the operation of the Ethereum contract. In addition, Ethereum supports the Bitcoin network. Now that ether is rising in popularity; it's competing with other cryptocurrencies.

Ethereum is growing due to the popularity of dApps in NFTs, decentralized finance, gaming, and more. It continues to surge much higher than Bitcoin, although Bitcoin is on the rise as well.

The shift will increase the difference between the two. PoS doesn't use miners to create and validate new blocks.

Stakers lock their ether coins into pools on the blockchain for the chance to become validator nodes. When nodes process a block, they'll receive ether coins as a reward. It's less intensive than a PoW system.

With the shift, miners invested in equipment won't be able to mine the ether. As a result, many have moved to the current Ethereum blockchain. However, some suggest another PoW version so they can continue to mine.

With Proof of Stake, there won't be competition to solve a complex equation. Miners won't earn a reward for validating a block.

Those who use a Proof of Stake system will receive a transaction fee. They're known as forgers instead of miners.

As a forager, you'll need to place a minimum amount of coins in a wallet. Once you do this, it freezes the coins.

The Proof of Stake system will randomly choose a single contributor. Winning will depend on the percentage of the pooled coins that are yours.

You'll receive your coins back if you don't win the reward. However, if you do fraudulent behavior, you'll lose the coins.

Some companies will buy thousands of devices that generate the most power in the Proof of Work system. They'll usually solve the blockchain equations before others.

If you place your coins forward with a Proof of Stake, you risk losing coins. This makes malicious transactions less likely. Fortunately, few people are willing to risk losing their coins.

Smart contracts are programming languages such as Vyper, among others. An Ethereum transaction might contain executable code.

Ethereum is the second-largest cryptocurrency, but Bitcoin is the most popular. They both use open-source software, meaning others can contribute and view the code.

Ethereum investments can process in a few minutes. Bitcoin transactions can take more than 30 minutes.

Some companies might allow you to reduce the processing time by paying a higher fee. Transaction costs on the Ethereum platform tend to be more variable and higher than Bitcoin's.

Investing in Bitcoin vs. Ethereum

Remember that the exchange can be highly volatile if you're unsure what to do. So instead, understand how cryptocurrency works and work with others who understand the industry. This can help you avoid bankruptcy.

Both Bitcoin and Ethereum are popular and major cryptocurrency exchanges. Once you establish an account, you can buy and sell digital currencies. Many will have a digital wallet (a secure location for your cryptocurrency).

They're both decentralized and don't have a regulator or computer server. Bitcoin and Ethereum are cryptocurrencies you can invest in. At this time, they both rely on miners to validate their transactions.

Bitcoin investments have code that's mostly for records of transactions. It can execute commands issued by a software program.

Ethereum is faster than Bitcoin. It can take a miner seconds to solve an Ethereum equation. While it can take minutes to solve a Bitcoin equation.

Ehtereum is mostly a platform for blockchain software development. Bitcoin is more used as a currency.

Many enjoy that Ethereum has network and business security. Some believe that Ether might be accepted as a currency. Even if that's the case, it's not a competitor to Bitcoin.

Understanding the Difference Between Bitcoin and Ethereum

After exploring this guide, you should understand the difference between Bitcoin and Ethereum. Take your time exploring both and deciding whether you'd like to invest in one or both.

Are you dreaming of getting started with cryptocurrency and making a profit? We can help.

Joshua M. Peck, the founding member of TrueCode Capital, has developed a cryptocurrency hedge fund strategy that added 70% excess returns[1,2,3]. As a result, there's an annual return of 88.88%[1,2,3].

Join the list today! You'll receive cryptocurrency market updates, the TrueCode Capital Crypto Momentum Fund performance, and research reports that we share with our clients to succeed. If you have questions, we're happy to help along the way.

The information provided by TrueCode Capital ("we," "us," or "our") on https://www.truecodecapital.com (the "Site") is for general informational purposes only. All information on the Site is provided in good faith, however we make no representation or warranty of any kind, express or implied, regarding the accuracy, adequacy, validity, reliability, availability, or completeness of any information on the Site. UNDER NO CIRCUMSTANCE SHALL WE HAVE ANY LIABILITY TO YOU FOR ANY LOSS OR DAMAGE OF ANY KIND INCURRED AS A RESULT OF THE USE OF THE SITE OR RELIANCE ON ANY INFORMATION PROVIDED ON THE SITE. YOUR USE OF THE SITE AND YOUR RELIANCE ON ANY INFORMATION ON THE SITE IS SOLELY AT YOUR OWN RISK.

Learn about our Fund Performance

We strive to create asymmetric growth opportunities by leveraging the latest in machine learning, financial engineering, and risk management methodologies.

Learn about our Fund